“The firecrackers hail the early spring and the couplets accompany the new year. The tender breeze excites the willows and the naughty rain wakens the flowers.” What a view described by the ancient Chinese poem! Coming into the Chinese New Year, the Chinese New Year 2008 was held in Aiwanting Restaurant by Zhong Lun Shanghai Office. All the staff gathered to celebrate the achievements in the past year and look forward to the upcoming success.

At the start of the Party, Anthony Qiao proposed a toast to all attendants. The participating talented staff put up a splendid show, which was emceed by the experienced and talented Qiu Pei and Huang Lin-li. Huang Wei-jia and Lu Chen from the team led by Anthony Zhao, who were referred to as “Twins” in Zhong Lun, sang “Mu Dan Jiang” (Peony River). The team led by Anthony Qiao also presented powerful singer Chen Peng to sing “Bing Yu” (Cold Rain), which was so beautiful that it could be comparable to Andy Lau’s performance. Tong Da-yu from the Department of Japanese and Korean Business sang a Japanese Song “Shadow Magician”. Adorable Ou Yang Xiao-juan also delivered an English song. The finale was a piece of Huangmei Opera “Dui Hua” (Dialogue among Flowers) performed by the gifted Wang Yang and Guo Le-qi. The interlude of the Party was the birthday celebration for those who had their birthdays in that month. The birthday fellows blew the candles, tasted the birthday cake, and made their wishes for the forthcoming year.

The most exciting moment of the Party was the lucky draw. All the attendants were anxiously hoping that they could be the lucky ones for the prizes. Finishing on a high note, on behalf of Zhong Lun Shanghai Office, Anthony Qiao presented an award to retired partner, Tang Yi-lin, for his selfless contribution to the firm’s growth in throughout years.
Looking into the future with high expectations, it is forseeable that Zhong Lun will grow with an even more enhanced bonding between the Firm and its people. It is our Firm’s belief that under the experienced leadership, Zhong Lun Shanghai Office will be able to prosper even further in the future. 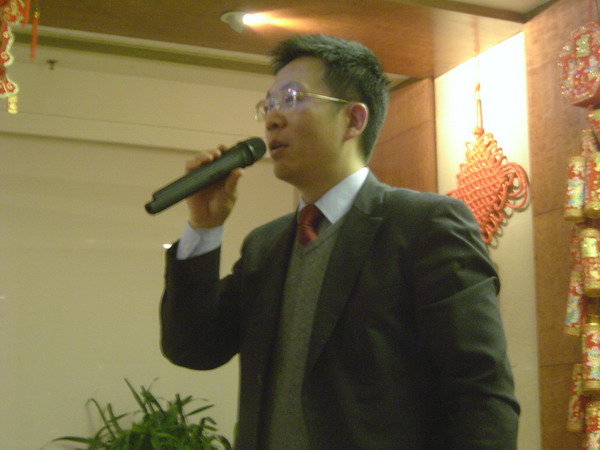 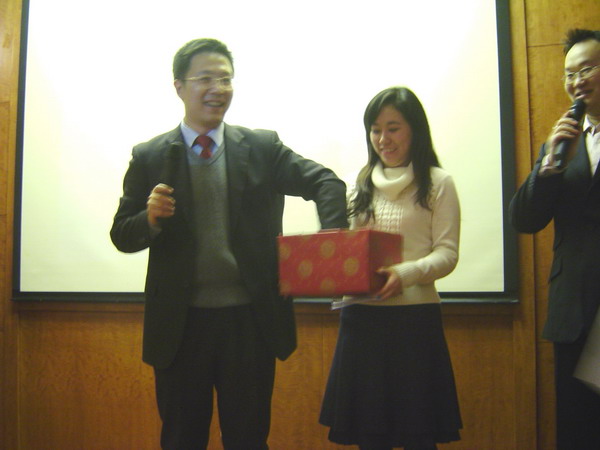