Xuebing Zhang, the founder of Zhong Lun Law Firm, received the special commendation of the New York State Bar Association “for his contribution to the legal profession in the People’s Republic of China,” at a reception held on October 3, 2013 at the New York International Arbitration Center.

Mr. Zhang then gave a presentation on “Will China’s Real Estate Bubble Burst and Bring Down the World Economy?” The event was attended by numerous lawyers and other guests, as well as editors from The New York Times, Fortune Magazine, Caijing Magazine, The People’s Daily, The Chinese Press, the World Journal and Sing Tao Daily, and was covered by Sinovision Television. 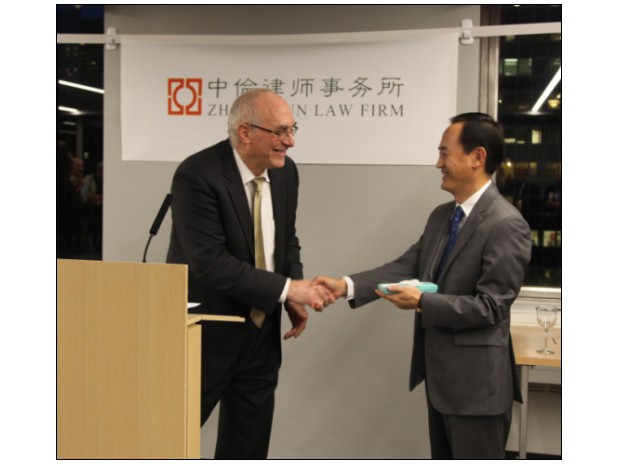